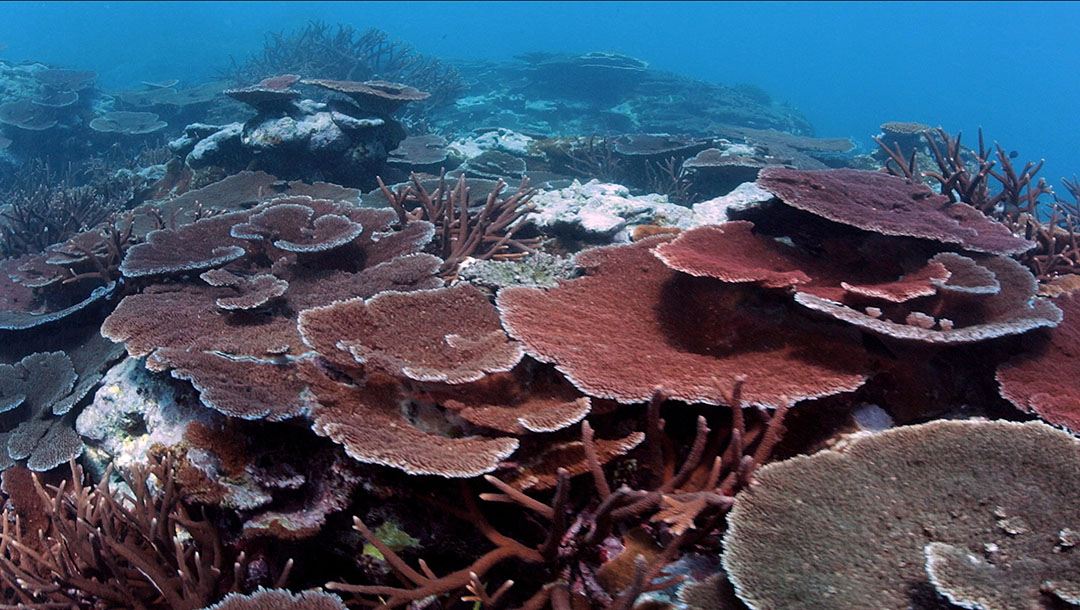 Jean-Michel Cousteau says, “Diversity is synonymous with stability.” He says this because ecological communities that have many different species are more able to withstand adversity than ecological communities that have less diversity. Jean-Michel says cultural diversity also helps make our world healthier, since different cultures have different solutions to environmental and social problems that we can all learn from.

Respect, humility and service are important cultural tenets practiced by the people of American Samoa, an island country located in Polynesia. So, five short films were produced that have themes that center around community, caretakers, serving your village, church and family; parts of culture that pull us together, rather than show our differences. These themes also show ocean stewardship by a community that lives by the sea.

The stories in these short films are told by Americans Samoans who share their passion for their unique culture and for protecting their ocean resources for future generations. 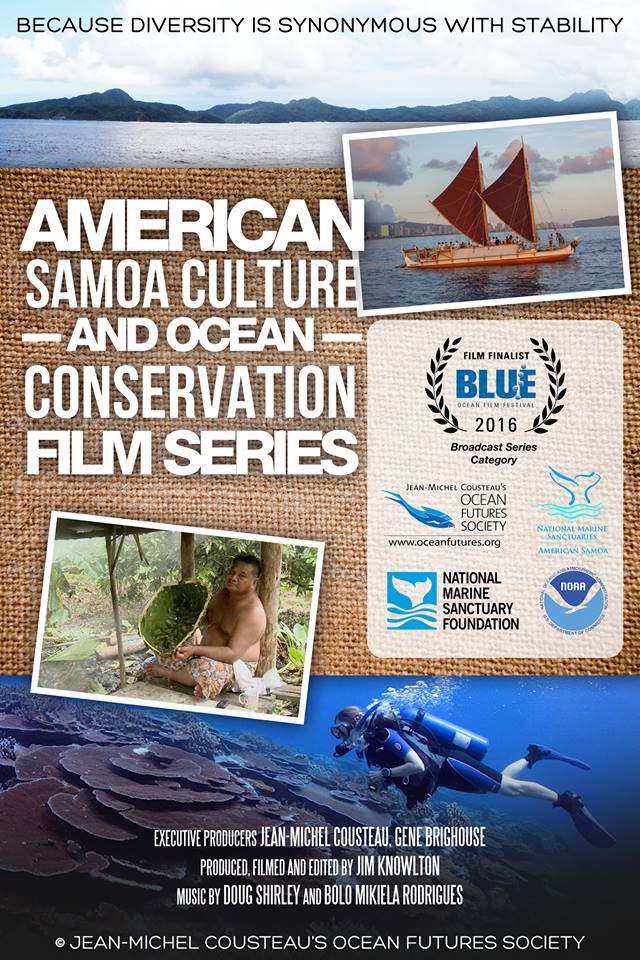 Nainoa Thompson explains how early Samoans figured out how to create sailing canoes that could sail hundreds of miles and they figured out how to navigate using the stars so that they could migrate to distant islands such as Hawaii. He explains how Hokulea’s arrival to American Samoa is significant because he and his crew want to honor Samoans because if it wasn’t for their accomplishments than Hawaii would not have been discovered. He seeks their blessing and their permission before they continue their voyage around the world on Hokulea.

Three ocean luminaries, Jean-Michel Cousteau, Sylvia Earle and Nainoa Thompson explain how important it is to educate and inspire kids to take part in ocean conservation because they will be the future decision makers. And two young American Samoans, Rex Lokeni and Patricia Penitito share their appreciation for the Hokulea and for protecting ocean resources for future generations.

I greatly appreciate the warm welcome I received while in American Samoa from all the people I worked with that helped make this series. It would not have been possible without all of the assistance and coordination provided, as well as the willingness of American Samoans to share intimate stories about their family and culture. I am very thankful for the support of Superintendent Gene Brighouse and Acting Superintendent Atuatasi-Lelei Peau and the amazing, hard-working staff of National Marine Sanctuary of American Samoa, whose help was essential and much appreciated.

This project would never have been possible without the vision and support of Dan Basta, Director of the Office of National Marine Sanctuaries. It was Dan Basta who brought Sylvia Earle, Jean-Michel Cousteau and Nainoa Thompson to American Samoa for the arrival of Hokulea and who invited me to film the events surrounding this historic journey. After filming was complete, Dan Basta suggested that we tell short stories about the parts of American Samoa culture that help bring people together and that make family and community stronger. Hence, the American Samoa Culture and Ocean Conservation Film Series was created.